A few hours ago, a popular Nigerian actor, filmmaker, and accomplished model, who goes by the name Alexx Ekubo, affectionately called Chief Ikuku, stirred reactions from his die-hard fans after he shared a photo of the moment he stepped out in London, rocking Igbo traditional attire. This photo was released via his verified Instagram account, where he has amassed a plethora of social media followers. In the photo, the Abia indigene can be seen rocking a well-tailored traditional outfit known as Isi agu, a red cap, and a walking stick, which is typical for a titled Igbo man from the Eastern part of Nigeria. According to him, he wore the stunning outfits to the New Yam Festival in London over the weekend. Nevertheless, social media has become a platform that celebrities use to thrill their fans with photos of their stunning looks. 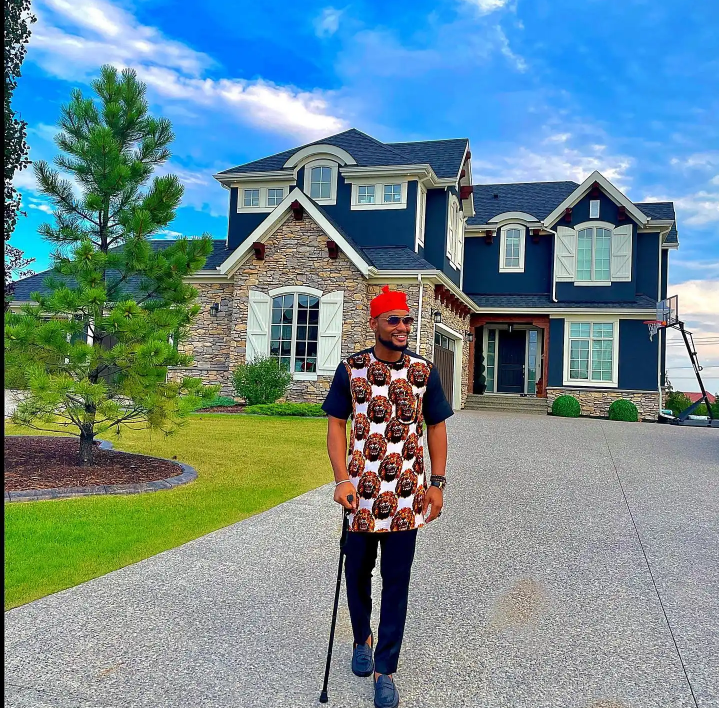 While releasing the photo, he added a caption that reads, “First of all. Igbo Kwenu!!! Just so there is not confusion, I’m from Ujari, Arochukwu village, Abia state. Aro Okeigbo Kwenu!!!

I had to represent my community at the Calgary Iri Ji (New Yam Festival) over the weekend, it was a beautiful gathering of Igbos across board, i felt at home.”

Check Out The Screenshot Of The Fans’ Reactions Below