A few hours ago, a popular Nigerian born disc jockey, singer and the first daughter of billionaire businessman, Femi Otedola, who goes by the name, Dj Cuppy (born Florence Ifeoluwa Otedola), sparked a flurry of reactions from her social media fans after she showed off her newly acquired multi-million naira exotic car.

The “Gelato” singer posted this photo via her verified Instagram account, where she is well known for her active presence. In the photo, the 30-year-old UK-based entertainer can be seen wearing a pink designer outfit while she flaunts her new whip for the viewing pleasure of her fans. Nevertheless, DJ Cuppy is quite known for her active presence on social media, which she frequently uses to show off her expensive lifestyle, and her decision to show off her multi-million naira exotic car (Ferrari 296 GTB precisely) has garnered responses online. 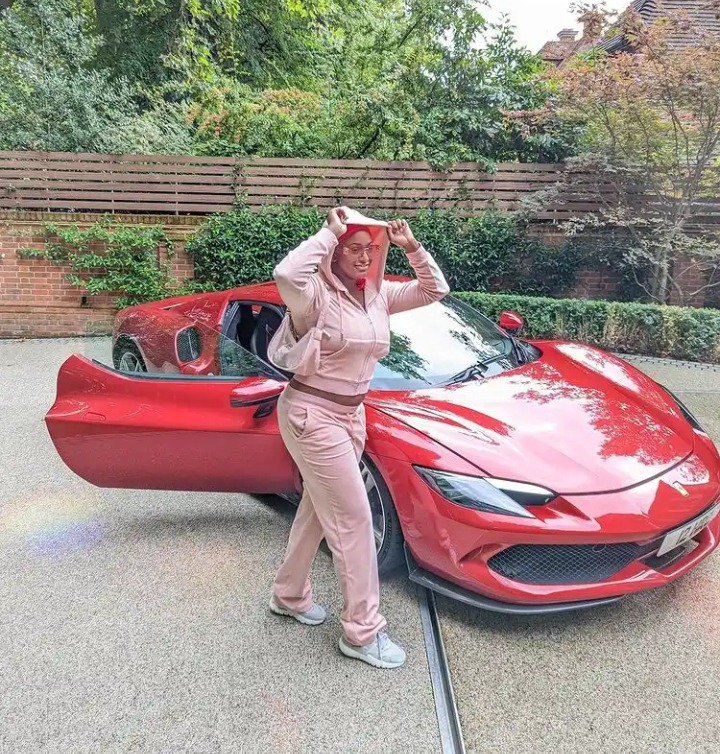 While releasing the photo, she added a caption that reads, “Today, I’m chasing my dreams in a Ferrari 296 GTB.”

Check Out The Screenshot Of Her Caption Below

As expected, immediately after the post surfaced online, her fans, admirers, and a plethora of social media users quickly flocked en masse into the comment box section to express their reactions from different perspectives.